Cricket is one of the most commonly played dart games in the world. If you were to go into any pub or bar that has a cricket dartboard, the establishment will likely have patrons who love to play cricket in there.

The reason that cricket is so loved is that it is easy and simple to play. There is not a lot of complicated math that you need to do to keep score. Also, Cricket is a great game for players of all skill levels to try.

How to Play Cricket Games: Step by Step

There are not too many rules to Cricket. If you are new to the game, it should not take you long at all to learn them. Cricket is a darts game with 6 rounds. Each player gets a chance to throw 3 darts per round. But they cannot hit just any number they want. All the players are obligated to hit the same number per round.

Cricket rules allow players to score points from the double or triple areas of their number. So, for instance, if you are playing the number 18 on the 3rd round, you could score 54 points if you were to land a dart on the triple area of that number. This is an easy way to build up your points in each round.

Remember that even if you hit the bullseye at the end of the 6 rounds, that doesn’t necessarily mean you’ll win the game. The winner is whoever has the most points scored at the very end. Even if a player doesn’t hit the bullseye after 3 throws, they could still end up winning the game if they scored more points during the 6 rounds. That is why it is important to try and hit the double or triple areas as much as possible.

The popularity of Cricket has led to variations to the game being made. One variation is where you need to “close out” the numbers before proceeding to the next one. This requires a player to land three darts into their numbered segment before they can move on to the next number. They must also strike the bullseye at the end of the 6 rounds to win the game.

Sometimes you can play this variation without even having a point system. The whole purpose of the game can be to see who closes out all the numbers first, despite what the score is. A lot of players like to invent their own variations to Cricket because it is such a fun game to play.

You could come up with your own variation too. Just take the rules of Cricket and modify them a bit to your own liking. Perhaps you could have 12 rounds instead of 6 and make the game last longer. Just get creative and have fun with it.

Overall, Cricket is a recreational game that is normally played for fun. Some casual players might bet a little bit of money on their games, but nothing serious. You might find Cricket being played in professional dart tournaments or at least one of the variations to the game. The great thing about Cricket is that you can go anywhere in the world and find darts players who know how to play Cricket. That is how popular it is. 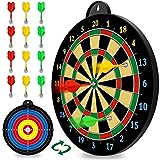 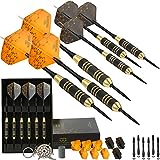 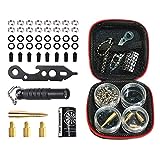 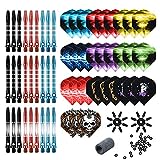 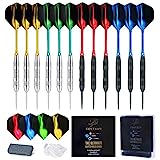 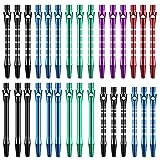